Highlights from the OpenStreetMap conference

State of the Map (SotM) is an annual international conference which brings together stakeholders in the OpenStreetMap ecosystem. The attendees vary from enthusiastic mappers, software developers, academicians, open-data evangelists, NGOs to companies using the geodata in their applications. But what connects all of them is a passion for open maps.

This year, SotM took place between 28.-30. July in Milan, Italy. The event was hosted by the Polytechnic University of Milan in their beautiful campus on Piazza Leonardo da Vinci. Our presentation about OpenMapTiles become a vanguard for one of the most discussed topics of the whole conference: vector tiles.

Vector tiles are the future

The common thread of the whole conference was vector tiles. Started by our presentation and followed by others which showed how vector tiles are used in a real-world deployment like the use case of the Helsinki Regional Transport Authority.

However, the most important discussion was about vector tiles on the main page OpenStreetMap.org. While nothing is set in stone yet, there was a general agreement that the main page should slowly switch to vector tiles. 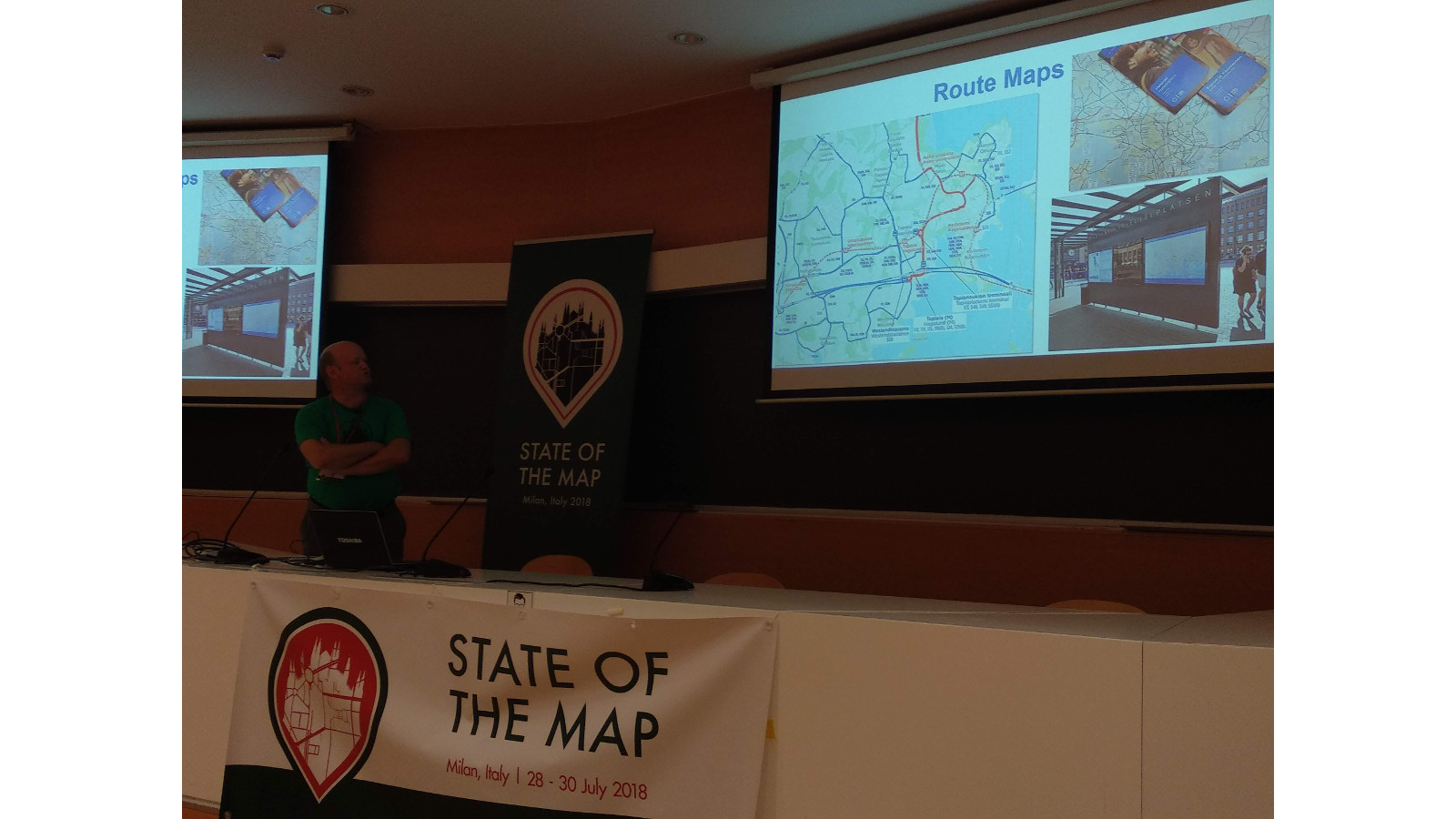 Finding errors, preventing vandalism, reverting malicious edits. The search for an ideal system for keeping the data quality high is still ongoing. Currently, there are many useful tools and we can expect many other automated mechanisms for preventing data degradation, but none of them is fully capable of replacing a human editor (yet?).

A new data model for OpenStreetMap

A topic touched by a few speakers as well as discussed in the OpenHistoryMap debate. The current data model was created some time ago and has some issues like the inability to use two values for one key, complicated way of working with relations and redundancy.

While some speakers suggest just a simplification by using a phrase “Evolution, no revolution” others call for a radically different model similar to the one on Wikidata. 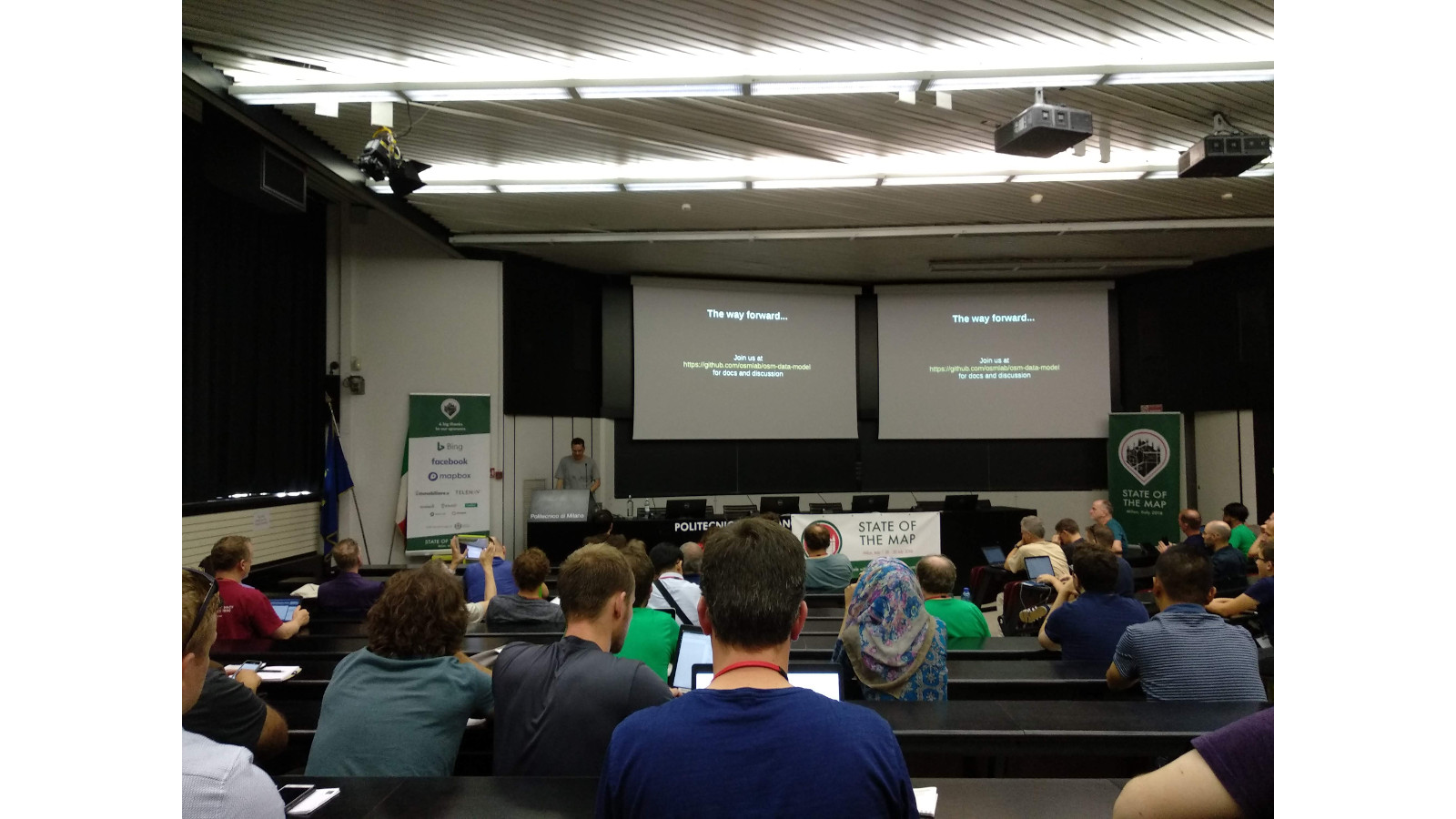 Since the beginning of the OpenStreetMap, the public transport infrastructure was mapped on nodes. It was simple but fails to describe complex situations and causes problems for routing. Therefore schema v2 was created, which fixed those issues, but the price was high complexity for mappers. Consequently, the new public transport schema v3 is in the proposal stage right now.

However, the issue of public transport is more complicated because of informal systems in the global south or former Soviet Union countries. Few talks lifted the topic of mapping in developing countries as well as many discussions were focused on how to map them and even if public transport data belongs to OpenStreetMap.

Unlike commercial maps, OpenStreetMap is not focused just on the most profitable parts of the world. There are projects like Humanitarian OpenStreetMap Team, Missing Maps and others which maps in the developing world to give a voice to the underrepresented communities. Thanks to the grants from the OpenStreetMap Foundation, many representatives of the local communities were able to make it to the conference and increased the diversity of the conference.

Talking about diversity, the topic of gender representation in the OpenStreetMap was reflected as well with few proposals on how to improve the situation, but the solution is a long-distance run. 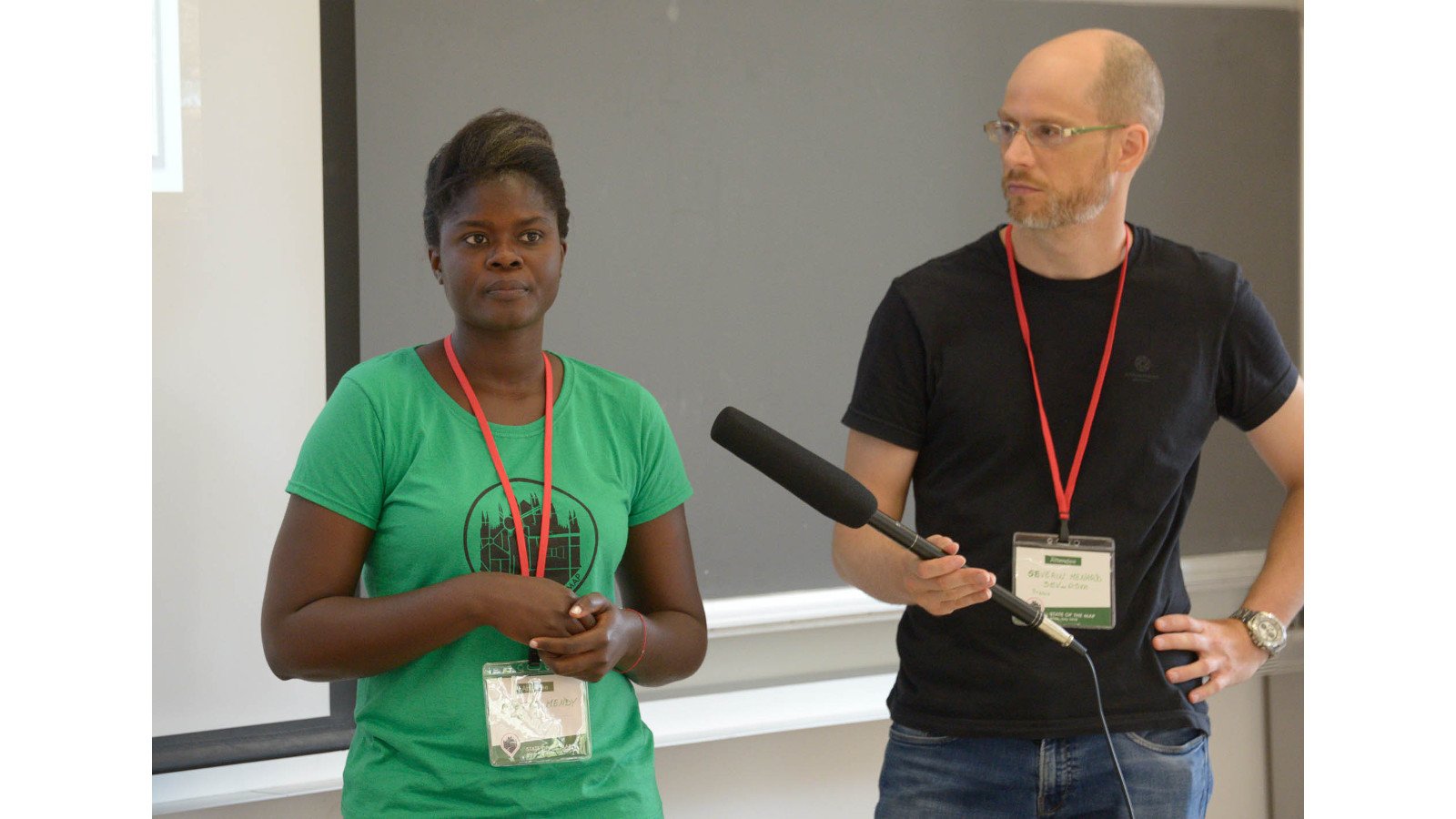 Probably the most relaxing part of the whole conference. Great atmosphere, delicious food, good music and a lot of friendly people open to chatting about maps and beyond.

Big thank organizers and see you next year!

Since this year’s SotM is over, we would like to say big thank you to all organizers, the OpenStreetMap Foundation and all speakers for making such an outstanding event possible.

In case you missed any interesting talk, you can find most of them on YouTube including ours about generating own vector tiles from OpenStreetMap data and slides on SlideShare.

See you all next year at SotM 2019 in Heidelberg!