Millions of map tiles into a bucket with MapTiler CloudPush

If you decide to build a map platform on cloud storage like Amazon S3, Google Cloud Platform, Microsoft Azure or any other alternative cloud or on-premise OpenStack, you need to populate it with content. But official applications are often heavy-footed while the alternatives lack the speed. Our CloudPush technology solves both issues and offers manipulation with files that are both fast and extremely easy-to-use.

CloudPush for simple upload to a cloud services

Serverless hosting has gained popularity due to easy scalability when the project starts to grow, overall better performance, lower price compared to self-hosting and easier disaster recovery if the provider spreads its’ infrastructure all over the globe. However, manipulation with files on the cloud is painful.

The speed is maximized thanks to parallel connections.

We made it with CloudPush as simple as possible: you just insert credentials and specify the target where you want to upload your map. Currently, we support uploading in the MBTiles format to Google Cloud Platform, Amazon S3 storage, Microsoft Azure and our own MapTiler Cloud. You can also upload more maps into the same bucket and easily manage uploaded maps.

The functionality is available in all versions of MapTiler Desktop and MapTiler Engine from the Start version onward. 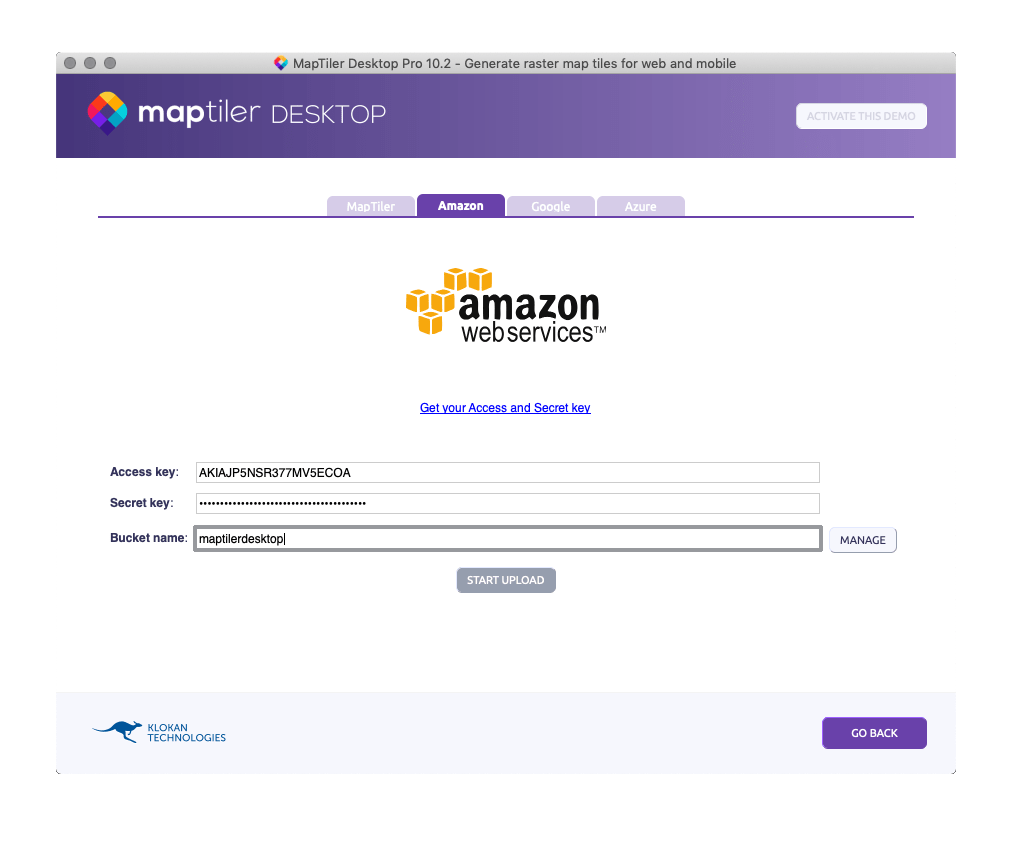 High-speed (not just) from a command-line

MapTiler Engine contains command-line, which can be used for copying data from Amazon EC2 to Amazon S3 or between Google Cloud services. The transfer uses the maximum speed between those services and the speed is maximized thanks to parallel connections.

Read the manual to learn the commands and request the MapTiler Engine demo to try advanced transfer functionality. 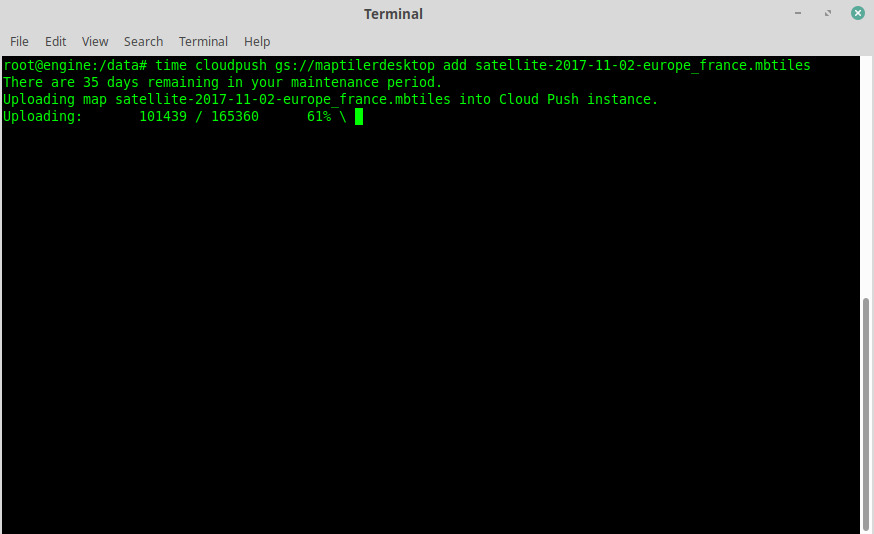