The brand new MapTiler Desktop 11.2 arrived with estimation of rendering time, new default output format, KML for Google Earth, upload to cloud service of your choice, and many other improvements.

Before you start rendering, MapTiler Desktop newly shows an estimation of how long the processes will take. Simply by looking at the numbers and comparing them with the size of your dataset, you can tell if you didn’t make any mistake in the settings - like adding too many zoom levels.

This also helps to plan your work more efficiently - you can run the processing during the night or start working on another project while your data is being turned into map tiles.

We believe the best format for publishing geodata on the web and for use in desktop GIS software is currently GeoPackage. Therefore we picked it as the default output format while we preserved the options of rendering into MBTiles and Folder structure for those who are interested.

The big advantage of GeoPackage is an easy upload to MapTiler Cloud. You can also serve the map tiles from your own server/laptop with MapTiler Server. 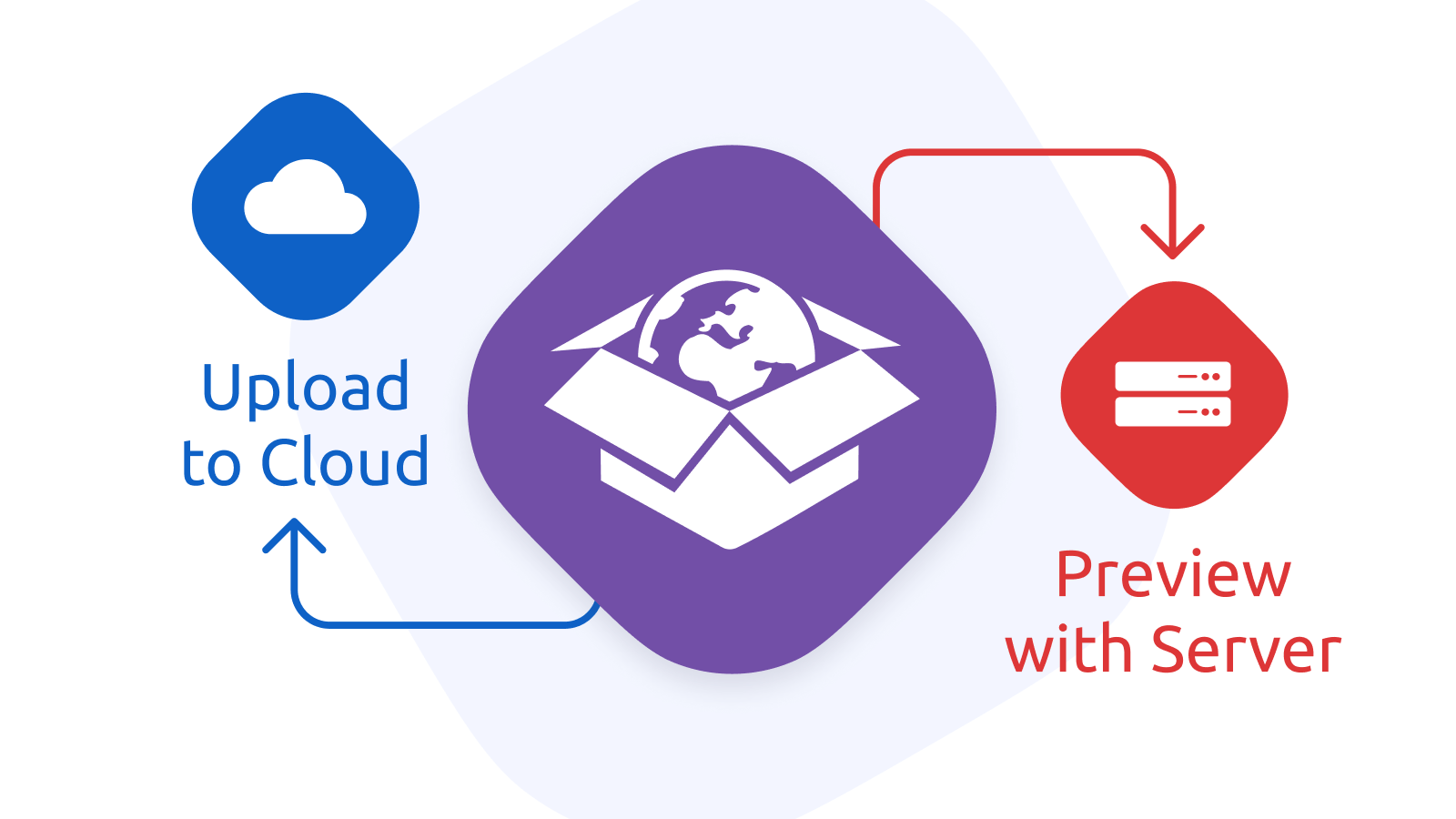 Another cool feature that is back in MapTiler Desktop 11.2 is rendering into KML format. KML, which stands for Keyhole Markup Language, is widely used in the Google Earth application.

You can overlay your image into the entire planet or just a small area. For smaller scales, Google Earth lays down your map on terrain and you will see your map in 3D.

For more details on how to create KML SuperOverlay for Google Earth, read our support article. 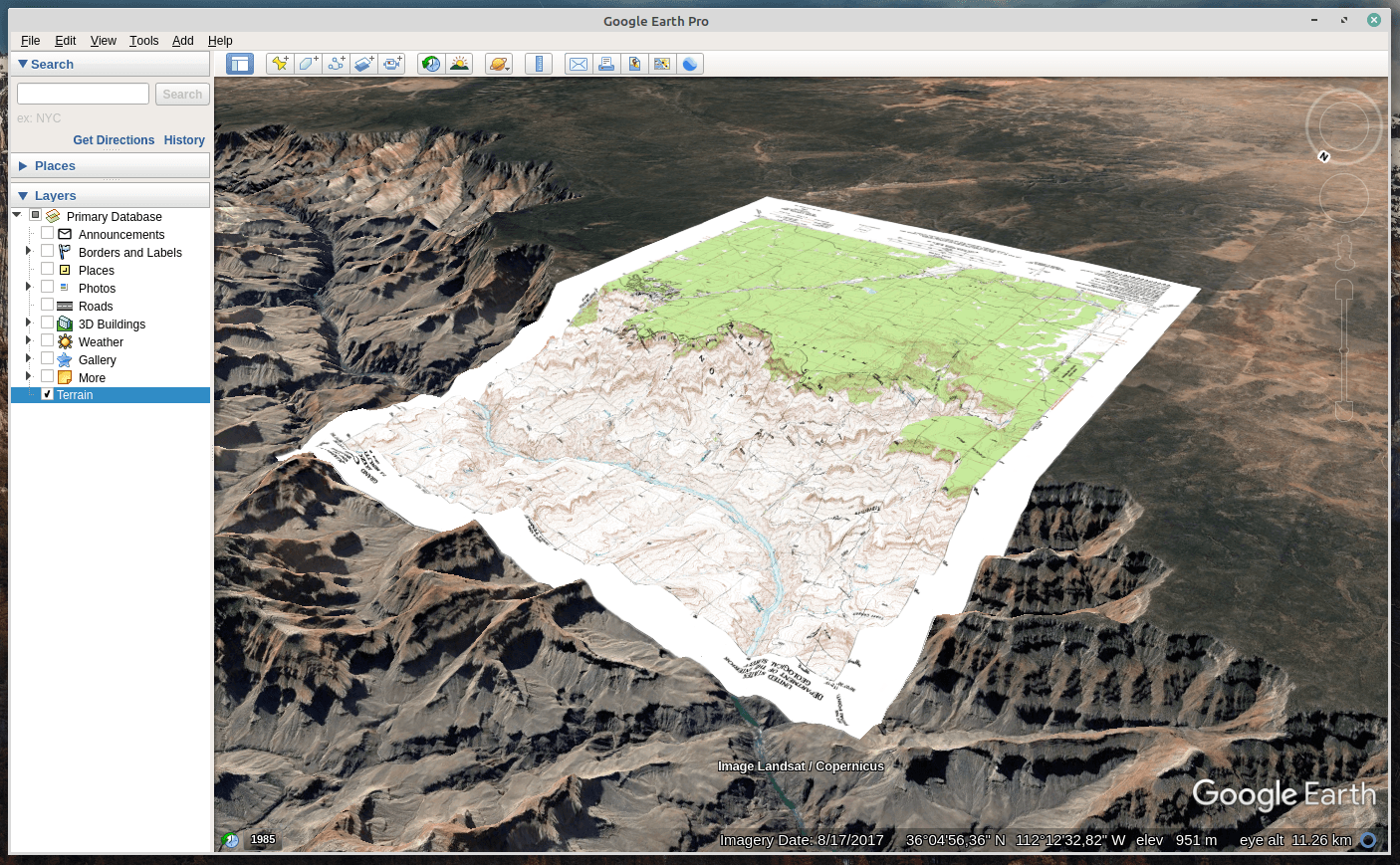 Garmin users can also use the KML option for rendering maps for their navigation devices. Once the rendering is done, they have to zip the file, rename the file extension to .kmz and transfer it into their Garmin devices. The entire process is described in a standalone how-to article.

Upload to cloud service of your choice

Our goal is to provide the easiest tool for publishing your maps online - therefore we support upload to multiple cloud hosting services.

The most straightforward is MapTiler Cloud - all you have to do is just put your credentials, click the upload file, and immediately get OpenLayers, Leaflet, and Cesium libraries + WMTS + base maps (street and satellite) + additional datasets.

You can also digitize your map by creating a vector overlay on top of it using web tools. 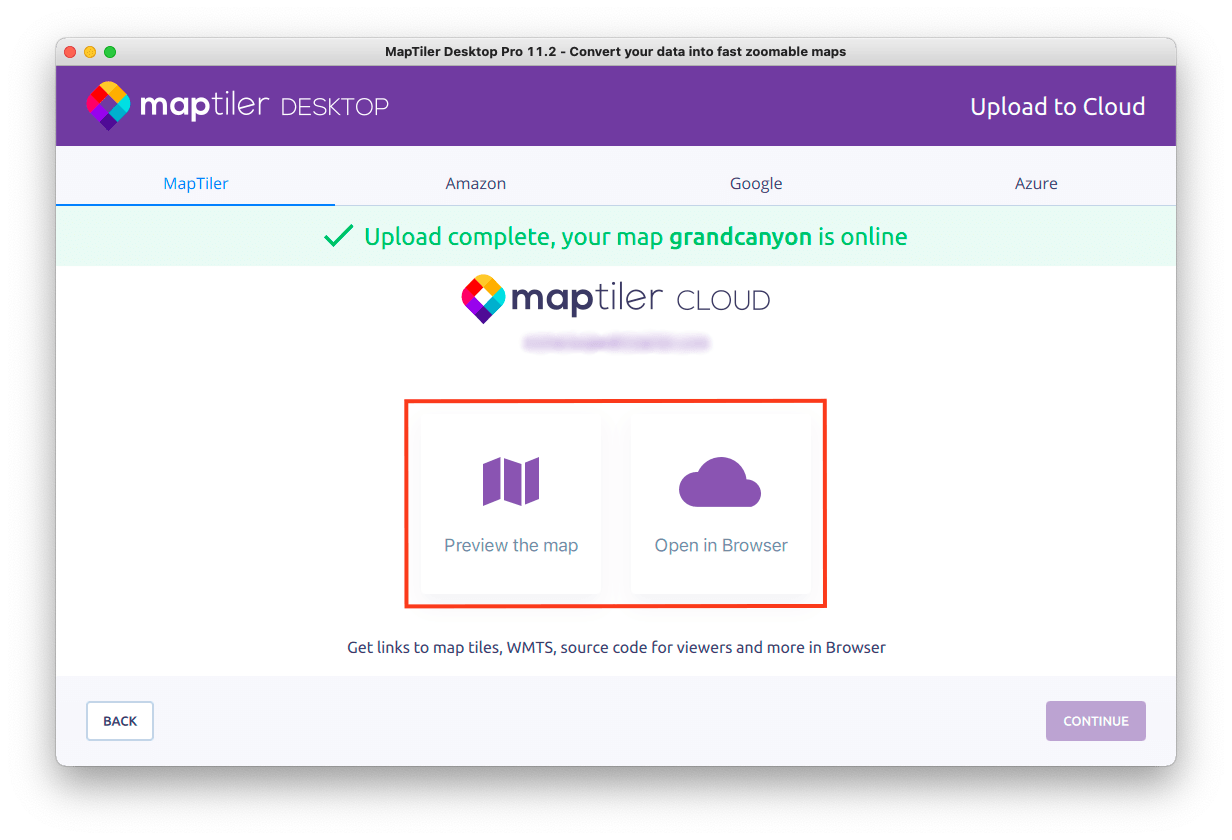 More UX improvements and other enhancements

Files associated with MapTiler Desktop now get a brand new set of icons.

Tiling of vector geometries outside bounds for Mercator coordinates was also fixed.